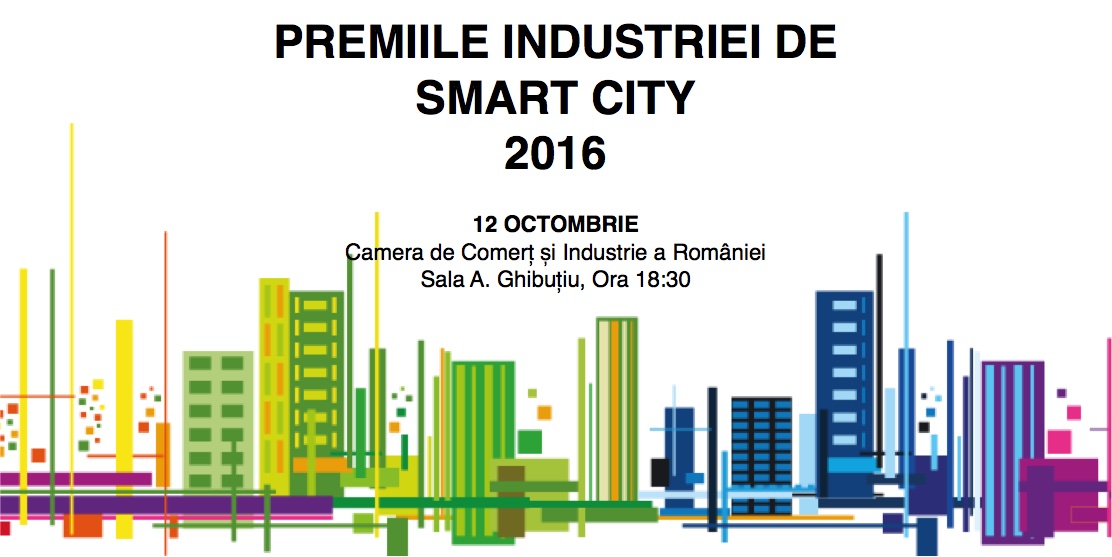 The awards for SMART CITY industry 2016

Bucharest Business Breakfast together with CCIR (The Chamber of Commerce and Industry of Romania) is going to hold on the first edition of Smart City Industry Awards on 12th of October 2016.

The purpose of this event is to shed some recognition, to award, promote and support all the persons, institutions and companies that are involved in the concept of Smart City and can influence the life of the citizens. The enlisting in the competition is free and the awards will be given following the analysis done by an international jury.

We have the chance to see the implementation models of this concepts from cities like Tokyo, Osaka, Budapest and Prague, directly from the ambassadors of these countries. A number of four embassies announced their presence until this moment.

Over 50% of the Earth’s Population lives in cities. It is estimated that in 2050 almost 75% of the global population will live in a city.

The pressure for sustaining this large number of people is very important in the following sectors: energy supplying, transportation, security, food, water resources etc. This means vision, efficiency but mostly using the new technologies and resources to develop a balanced infrastructure.

This event will present the best national and international solutions of the Smart City Industry. It will be held at The Chamber of Commerce and Industry of Romania, 12th of October 2016, 18:30, hall Aurel Ghibuțiu.

Smart City Industry Award is an event that is part of the Bucharest Business Breakfast series of events.

The event will be held at The Chamber of Commerce and Industry of Romania, 12th of October 2016, hall Aurel Ghibuțiu, at 18:30.

Details about the event and the full agenda you can find at www.breakfast.biz